I remember being REALLY excited when this film first came out – but for some reason, never got around to watching it. Well, exam-procrastination season is the best time to catch up on films, and I finally came around and watched this one!

Synopsis (IMDB): The Kadam family leaves India for France where they open a restaurant directly across the road from Madame Mallory’s Michelin-starred eatery.

Let’s be honest, I enjoy anything that has to do with food, so liking The Hundred-Foot Journey (2014) was a given – but let’s see my reasoning with everything.

OH also, I saw this blog that formatted their reviews into a certain structure, so I’ve decided I’m going to give it a go, and also post in structures. Let’s see what happens :)

The setting of the two competing restaurants.
I had seen this setting in the trailers, as it’s where the majority of the film takes place, but just seeing it again in the film reminded me of how beautiful it was. I loved the simplicity, but magical-ness of it all. The way these two restaurants were framed onscreen made it seem as if nothing else existed around them – or if anything else existed, they we’re insignificant, and therefore didn’t need to exist in our minds. There was a sort of fantastical aura that emitted from this set, and while this film was very much NOT a fantasy, I loved the feeling that this magical road gave off.

Manish Dayal as Hassan.
This might sound bad, but I loved how the protagonist was not a perfect, chiseled, beautiful movie-star-type. While not bad-looking at all, Manish Dayal looked like an actual human being up on that screen, rather than a photoshopped, superhuman. I’ve recently noticed that this happens a lot in British films/tv series. While everyone onscreen is always attractive in a sense, actors in British productions actually look like real-life human beings. I think it might actually be a big part of the reason why I love watching British-made things. It just makes stories so much more believable. Anyway, Dayal not only looked real, his acting seemed real. In a role like this, it’s easy to overdo everything, and he did not do that.

The old love.
There is nothing cuter than old couples, and old people love, and this film did not disappoint in that sense. The unexpected chemistry between Madame Mallory (Helen Mirren) and “Papa” (Om Puri) was absolutely adorable. There is something precious about watching older people interact, and fall in love without any heated make out scenes (which I’m sure would actually ruin everything in this case). The connection between these two felt true. One thing that I noted was that I was totally weirded out when the hint of romance between Mallory and Papa first came up. I didn’t want it to happen at all, and just found it weird and uncomfortable. However, as the film progressed, I grew to love the couple – and that just proves that Mirren and Puri did their jobs well.

WHAT I WAS ON THE FENCE ABOUT.

The pacing (mostly the ending).
The overall pacing of the film was a little off-putting. While everything in the beginning and middle of the film was set at a pretty good pace – keeping me intrigued, but not moving too fast, the ending was just so abrupt. The ends tied together way too quickly, and then just left us there, feeling kind of happy, but not happy enough. I wanted to feel MORE good at the end of a feel good movie. I feel like adding 8 minutes to the end of the film, making it 130 minutes instead of 122 might have been a good choice. I just needed more of an ending – not a cliffhanger type ending seen in all those blockbuster trilogies (which I also love, but this was not the right place to do it).

Hassan’s time in the city.
I just hated this so much. First of all, I do not believe in the whole “scientific food” movement. Food should be homey, and cozy, and family-style – like what Hassan was doing originally. Or even what Madame Mallory was doing. Food should NOT be made in labs with smoke, and transformed to look like something not edible. While I understand this part of the film was important in Hassan’s overall journey, I hated every minute of it. But again – it was important for the story, which is why I put this point in the “on the fence” section, not in the parts I didn’t like.

Marguerite – the character, not the actress.
While Charlotte Le Bon was absolutely beautiful and did the best with what she was given, I just hated Marguerite’s character, and feel that her part could have been written into the story better. I did NOT like her and Hassan together at all. She was so off and on with him. As a competitive person myself, I understand her bitter feelings towards Hassan throughout the film, but she really didn’t do anything to earn his love, and I didn’t understand why he kept going back to her – without her initiating something, or apologizing, or doing something to fix the situation. In all honesty, I think she acted like a little brat (sorry for the blunt way of putting it), and didn’t deserve the nice things that Hassan did for her. Like… did she really scrunch his fingers on purpose in that one scene? Because it definitely seemed like it – and she never REALLY and truly apologized. It was also like, one minute they were fighting and apart, the next minute she liked him again for some reason. I just didn’t believe their relationship, and this dragged the movie down for me. 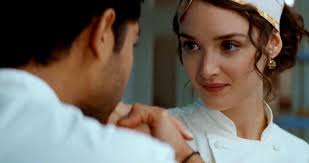 So yeah, while there were some parts I was iffy about, I generally liked the film overall. While not AS feel good as I wanted, it still left me pretty happy. And SHOTS OF FOOD :)

show me your thoughts Cancel reply 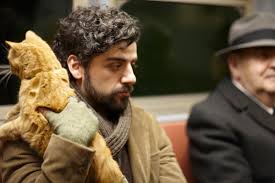